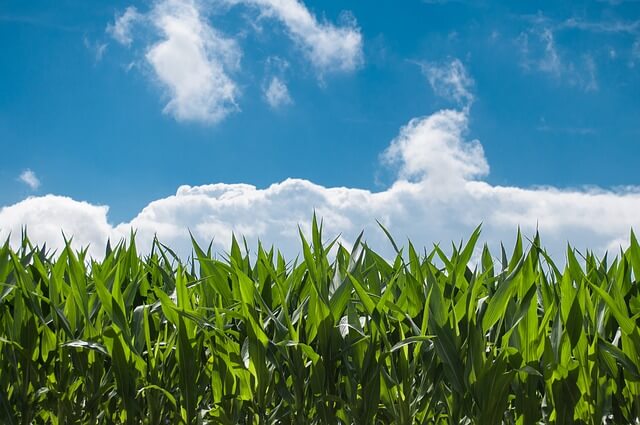 N-rich strips are a remnant of an analytic technique that was used in the late 1980s to make sense of corn yield data. Back then ARS scientists were working with a Pioneer HiBred agronomist in Nebraska to evaluate changes in leaf N concentration as a function of fertilizer N rate. Yield responses varied across years, locations, and hybrids but trends were frequently similar. Rather than dealing with absolute yields, the decision was made to reference the data within a replication to the plot with the highest yield. That plot was subsequently used as the reference for leaf N concentrations. This was done for each hybrid, location, and year. The result was a near-linear relationship between relative leaf N concentration and relative yield. This data normalization concept proved useful to calibrate Minolta SPAD meters (1990) being used to monitor the N status of corn that was fertilized at different N rates and thereby schedule fertigation (i.e., fertilize “as-needed”). Data normalization transforms yield, concentration, or SPAD meter values into relative a value that ranges form 0 to 100% of the reference. In the process, the effects of year, hybrid, location and growth stage are largely removed.

Extending the normalization process from small research plots to whole fields may seem logical, but it introduces problems related to spatial variability. Plot studies are designed to minimize spatial variability, so caution must be taken when extending the normalization process to spatially variable fields. In plot studies, the average SPAD reading or sensor value for an adequately fertilized area is typically used as the reference. The spatial variability in soil properties within a field strip becomes problematic even thought it has adequate N (i.e., N-rich). As such, the challenge becomes one of selecting a reference value from a pool of values. This is why a statistical approach was developed to eliminate bias in the extraction of a reference value. One might argue that an average or mean is a statistical value, but it ignores extreme values and the distribution within the range of values. Calculating the standard deviation characterizes a pool of data by providing a measure of inclusiveness. For example, one standard deviation unit includes about 68% of all values while two standard deviation units encompass 95% of all values. The virtual reference concept developed by Holland Scientific uses two standard deviation units above the mean as the reference when using their sensors to assess crop N status. This amounts to ranking the pool of data from low to high values and then determining the 95-percentile value. Graphically, this represents a frequency distribution of the data and can be generated using the histogram option within Excel.

Determining an appropriate reference value is important when sensing crop N status because it biases the rate when making variable-rate N applications. If the reference value is too low, less N will be applied and conversely if the reference is unrealistically high. Over the years, various approaches have been used to determine the reference value for an N-rich strip. The simple approach was to use the mean of all values within the N-rich strip as was used in plot studies, while another selected the highest 30-second running average value, regardless of where it occurred within the strip. The later approach is highly subject to spatial variability in soil properties. In contrast, the virtual reference approach sets aside the highest 5% of the values because of uncertainty and the strong likelihood that there will be extraneous values. The perils of an N-rich strip are minimized when an adequate amount of early-season is applied. For example, the N-rich approach has been shown to induce a sulfur (S) deficiency when the N:S ratio exceeds abut 15:1.

Login to Holland Scientific
Reset Password
Enter the username or e-mail you used in your profile. A password reset link will be sent to you by email.